Wading into the River Djoliba 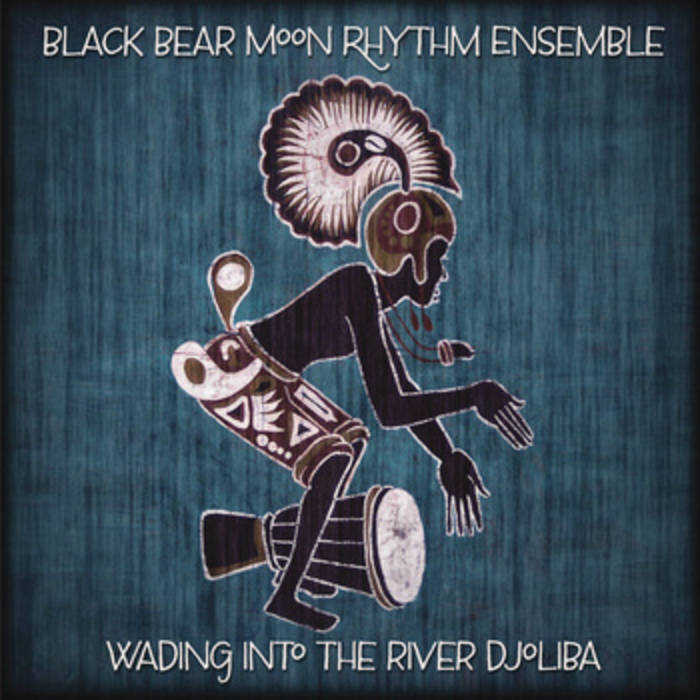 About the album: "Wading into the River Djoliba" (From the album's liner notes)

Known locally as Djoliba (meaning great river), the Niger River flows through five African nations over a course of 2,600 miles. Originating in the highlands of Guinea, and running a crescent through Mali, Niger, Benin and Nigeria, the river winds through lush tropical forest, vast savannah, and the arid sand dunes of the Sahara before eventually draining into the Gulf of Guinea. For thousands of years, the Djoliba has been a life source for those who have lived along its banks, nourishing some of the most remote regions of the planet. It is along these banks that the music you hold in your hands was born.

The Black Bear Moon Rhythm Ensemble is a talented and energetic group of performers combining their skills to present and perform a unique and compelling selection of traditional West African rhythms and songs.

The Ensemble's performances feature the tight rhythm work and earthy traditional West African grooves for which they are becoming known throughout the northeast. The group's uplifting performances combine a timeless sense of spirit and musical adventure with a deep respect and understanding for the musical form and the tradition from which it comes.

The Black Bear Moon Rhythm Ensemble was founded by artist and musician Dave Kobrenski in 2001 in New Hampshire, USA. Kobrenski, an accomplished musician, artist, and educator, studied traditional Mande music styles in Guinea, West Africa, with master musicians such as Famoudou Konaté, Nansady Keita, and other drummers of the region, over a six-year period of yearly sojouns into the Malinké heartland in the Hamanah region of Guinea. Kobrenski also studied the tambin (a wooden flute) extensively with a master of the Malinké flute tradition, Lanciné Condé.

More info about the group, including concert schedule, photos, and more, available at www.blackbearmoon.com